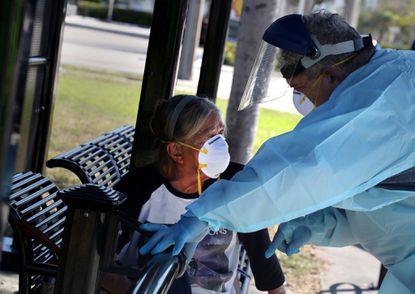 Even during this crisis you can help the homeless, but it’s different than before

With the virus, and therefore national guidelines, causing person to person contact to be dangerous, many homeless have lost the ability to fulfill their day to day needs throwing them into an even more dire circumstance.

Panhandling is not an option when no one is on the roads — and should be avoided for both people’s sake because of the possibility of transferring the virus, most shelters are closed as they are too condensed inside to abide by CDC guidelines and the people operating them are home, and most food pantries are similarly closed.

Different pop-up shelters have started in different cities, such as the rooftop shelter in Los Vegas, but in general the situation has only worsened for people on the streets. Unfortunately, the same reasons that situations have gotten worse is the same reason why the way people can help is limited.

Sean Cononie, the head of the COSAC Foundation and publisher of the Homeless Voice, said that general advice in this time is to “stay away from them.” This is mainly because neither someone trying to help nor the homeless person have any way to protect themselves from each other. “The Homeless can hide themselves, they know the tricks, but some are too mentally disheveled to do it,” Cononie further explains, and anyone could potentially be carrying the virus.

Ideally donations are best, they directly assist the organizations that are helping the homeless — like the COSAC Foundation’s team assisting those who can’t abide by stay-at-home orders — and lead to the least amount of possible contact. A more direct way to individually help though, according to Cononie, could be leaving food a safe distance away for someone, “You can order a pizza and put it down for them and just let them take it.”

Donating money, following CDC guidelines of staying six feet away — which means no handing out money — and possibly dropping off food for those on the street are the best ways to help. Now more than ever donations will help those on the street that need it.